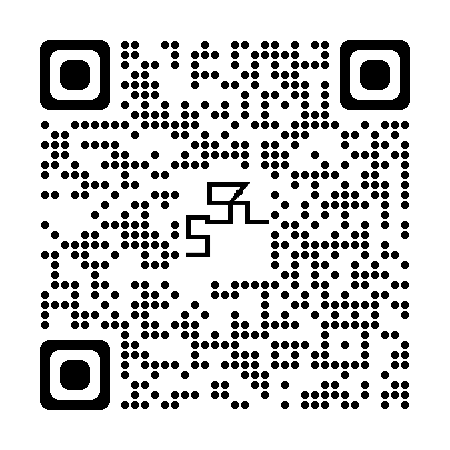 What is the #BlackCode Project?

The #BlackCode Project is a mission to create black owned digital applications that benefit the African community today and in the future.

What Is Our Goal?

Our immediate goal is to raise $50,000 in 2 rounds of Crowd Funding to develop black owned digital applications in the Science Technology Engineering and Math (STEM) fields. Our intent is to work with developers on the continent (Africa) while leveraging the capital resources available to those of us here in the states (US). Our Total Funding Goal is to raise $50,000 to fund the following #BlackCode applications:

Adinkramat is a program used to visualize relationships between sub-atomic particles within the field of theoretical physics. The program was developed in part, with the help of Dr. Sylvester James Gates of the Massachusetts Institute of Technology. It derives its name from the Adinkra symbols of Ghana which represent concepts and aphorisms within the Akan culture. The program was developed in 2011 but has since been decommissioned and is no longer available for download. However the code is Open Source and is available for public use. We intent to reinitialize the program making it available on both PC and OSX platforms. We feel the use of African symbols as a filter to interpret and understand physics is an important tool particularly for young African-American students of the sciences.

Mandombe (Word Game) Mandombe is a 3 dimensional African language script developed in the Congo by Professor David Wabeladio Payi in 1978. It was first used to transcribe African languages such as Kikongo, Lingala, Tshiluba and Swahili and has since been adapted to accommodate multiple languages. Each of the "letters" of the language script can be flipped and rotated to create new sounds allowing the user to generate new word combinations. We intend on creating a word game (similar to Wordle or Hangman that is fun to play while teaching the basic tenets of the language script. Like Adinkramat Mandombe transmits a body of scientific knowledge (basic elemental structure, vibration, duality, complementarity, supersymetry, etc.) via a symbolic framework that is uniquely African. It is our belief that the script can be used as a scientific teaching tool acutely adapted to black African students worldwide.

Mandombe 3D PattLock ™ The Mandombe 3D PattLock ™ application is a security program similar to the Android Pattern Lock program with the exception that it has multiple layers. Ideally the user will trace a pattern, then hold on one point (e.g. 2 seconds) and be presented with a menu allowing them to choose an angle along the Z axis [i.e. 45, 90, 135]. Once the angle is selected the user can then trace another pattern in the next layer. The user will be allowed to choose the amount of "Layers" they use for their Pattern Lock (2,3,,4 etc) adding additional layers of security.

What Have We Done So Far?

We are currently in contact with skilled coders across the continent specifically within the regions of Nigeria, Uganda and Kenya. We have secured estimates ranging from $10,000 to $15,000 each to complete both the Mandombe (Word Game) and Mandombe 3D PattLock applications. We are also in the process of securing Letters of Intent (Promissory Notes) to develop these apps upon successful completion of our crowd funding campaign.

How Can You Support?

1. Are you a BlackCoder? Then we want to hear from you! If you have programming experience in C, C++, Arduino, Mobile App development (Android/IOS) then contact us! We have several projects in the works and can use your help to make them a reality.

Black Dot of UrbanXTV concisely explains the need for a black coding initiative.
Dr. Ebony O. Mcgee of Vanderbilt University has also spoken on the topic of How Racialized STEM Education Stifles Innovation.
We believe our project is beneficial and will enhance STEM comprehension in the black African-American community.

Thank you for joining us! Together let's remember the future.

Information Technology & Project Managment to reengineer processes, solve problems and drive innovation while bring projects in scope, on time, and on budget.

Kemeware©™ is an Unincorporated Association (UA) of IT professionals dedicated to the study of Information Technology. Our overall mission is to promote innovation in the areas of commerce, economics, art & education. Our goal is to promote the health, advance the education and increase the growth of our collective communities both now and in the future. Join our mission!.

There are no dues or contracts. Our only requirement is that you have a genuine desire to apply your interest in technology toward the enhancement of the lives and livelihoods of our families and communities.